My daughter’s and grandson arrived at my parents in Manchester Georgia around midnight on the 15th/16th.

My new injury is healing as well as it can be. It’s heading on a week since it occurred. I’ve continued to use it as normal as possible.I resumed my kitchen counter stretches yesterday.

Since the original injury in 2001, I’ve never been able to roll off that foot. Heel to toe. A little unsteady. I call it clumsy.  I haven’t been able to run, but since MLT I have been able to jog in place. I’ve made it up too 100 Steps.
In a few days I’ll re start again at 10. I’ve already been moving my toes as well as ankle raises. My counter stretches yesterday did cause the scrape to tear and bruising to pull. It may have hurt and it could have told me don’t even try. Don’t do anything just keep hurting. Afterwards I elevated. It takes pain to fight pain just like it takes fire to fight fire.

I increased my Turmeric intake and used my topical mix I made for the dog bite. By the way, it couldn’t be doing any better 18 days later.

I briefly mentioned that a physician has agreed to review my records for new patient consideration. His lady is requesting them directly from the adjuster and I’ve also requested that they be sent from the attorney as well.

The Bay Area Pain and Wellness Center is similar to where I was for 12 years. Functional Restoration program, multi disciplinary, ideals I believe in.

I attended and completed a 6 week, full day FRP in 2009. I started within a week of a full revision SCS surgery. Initially permanently implanted in 2006.

If I could have MLT 2-3 times a year I would. What I’m hopeful for is a physician who can assist my rough points so that I can continue to do my home PT, my post MLT protocols and assist me in maintaining my SCS. I haven’t had a provider for it for 2 years either.

I look forward to a physician knowledgeable in CRPS reviewing my records. And this because I was a model patient, in compliance, and I loved my last pain management provider and all those I established great relationships with over the years. I just don’t love that day when I.was let go during the most physically and emotionally unsteady weeks of my life.

What I’ll always be appreciative of is that the lead man at the FRC Mr. Wurster continued to see me and provide LLLT and Bowen weeks after I was terminated at the clinic. After a couple of months I stopped going, I knew he went out on a limb for me and I didn’t want conflict for him. Me, always worried about someone else. I thank him still.

The point is Dr. Levin gave me an LSB 3 weeks before. If I was a bad person or bad patient that would have never taken place. It was my follow-up appointment for that block, my scheduled appointment combined, my SCS integrity check, and to reveal that first suicide attempt 9 days before. Where I had already reached out with embarrassment and insecurity asking to speak with or meet in person the psych staff. No one responded. I know the practice was switching hands and chaos existed. It was no more my fault than it was theirs not being able to keep up on patients.

I’m not sure what I could have done right or better during that appointment to have changed the outcome. Be your own best advocate they say.

2 years yesterday I accepted the Bakken Award in person. I went without any pain relieving assistance, I was withdrawing from Cymbalta and Zonegran hard. I had oral surgery days before. I could barely walk, barely talk, I was dangling on the edge. I wish that entire experience was different.

A month to the day I would choose to bail from this world for the first time.

Really in hindsight it was all meant to go the way that it did because I learned that f I wanted to live, regardless of diagnosis’,  regardless of pain, regardless, I’d have to do that by my own self will.

My grandson is celebrating his 12th birthday with his grandparents. 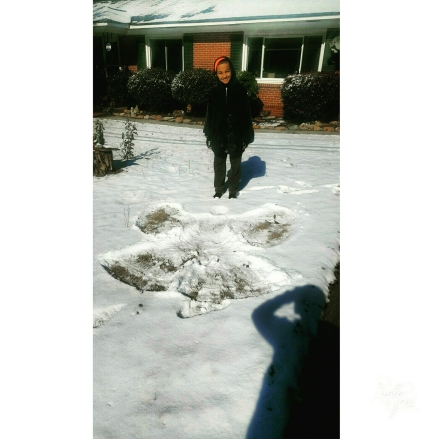 There are angels among us.

His actual birthday is February 2nd. I quit drinking that day last year. After all was said and done, I haven’t misused alcohol since.
Progress continues…

My Tweets
Join 2,499 other followers