I haven’t so much gotten many breaks this year aside from MLT but I’m much better able to handle the stressors.  The last couple of months has been pulling our home out of foreclosure, my husband returning to work, dealing with loss of insurance and then thinking its merge into covered california coverage would be at least somewhat affordable, but it wasn’t. My previous post about starting PT again was hopeful for a minute. The authorization and appointment was scheduled in days. It would have begun November 2nd. Our insurance ends October 30th. I had already lost care for my SCS and CRPS in February of 2016 this new appointment was separate under Medicare and for my spine only.  Even though I have lifetime medical under Worker’s Compensation it’s not that easy.  My injury was so long ago even physicians who accept WC have declined to take me as a patient.  My previous PMD didn’t get paid for his services for me for 5 years straight until he proceeded to court on it. I understand that a doctor needs to get paid and my adjuster nearly always delayed or denied. I’ve been in the process of closing out that future medical since the end of June 2017. It could take years. It hasn’t provided me nothing.

Our second daughter Rikki and her Fiance are moving to Texas. They’ve sold their home and will be leaving any day now.

Our son was activated for the California Fires (Sonoma) Emergency State Active Duty (ESAD) IC4U Unit. He works for the Solano County Sheriff’s Department and was already driving into it each day for his position securing the courthouse, but then was called to duty.  Ozra is also the CEO and President of Stronger Than Pain so he has a lot on his plate too.  Especially for having not turned 21 yet. 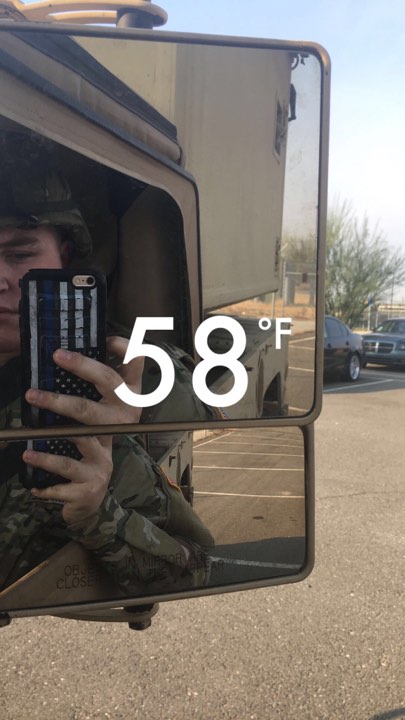 I know there’s a difference between those who’ve fought and who are fighting overseas and in combat zones. Ozra is State side. I’m just as proud because we need help too.  Our devastations need these units to protect us as well. Both of my dad’s served in Vietnam. My current dad (my mom parted from my birth daddy in death in September of 1991 and married her childhood sweetheart years later)  was active in front line combat in the nam. He still has shrapnel in him. He’s both retired military and retired law enforcement. My daughter Rikki served in the Army, her fiance did 2 hard tours including Afghanistan. My husband was Navy for a minute and his father 21 years in the air force, his mama was an original Rosie. He flew them, she built them.  My husbands brother was a Navy Seal, we lost him in 2016. My husband was born in his parents 40’s, they have both been deceased since our early 20’s My dad died 10 months before his dad, and his mom barely 2 years later.  Ozra never met any of them, but I know they know him.

I’m severely behind in trying to catch up on anything internet or social media related. Our internet only became active for ourselves less than 2 weeks ago. Email has been a chore. I’m using an old laptop, so old it doesn’t even connect to certain sites because of browsers being out of date. Can’t update because they aren’t supported with such an old version of Windows. I’m grateful though that I have partial access at least and that’s been good enough.

Our grandson ‘Tai is thriving and our oldest Kharisma is hanging in there.

Currently, I’m working on returning my breathing machine to the sleep source center, cancelling that new PT appointment, and getting my other laptop restored though I’m not as on that as I could be.

Move my body out of bed

(After sleeping, I’m sore and stiff)

(Do a few stretches using the kitchen counter)

(Try to feel awake and reduce pain from rising)

It’s repetitive all day.  Do, naps, do, rest, do and do some Netflix, too.

I go to Church as much as I can. Sometimes I go, but don’t stay for group.  It’s embarrassing for me to doze when Pastor speaks. I’m learning better that it’s okay, but I’m not so okay with it yet that I would let me fall asleep on them like that knowing it’s coming.

We start Church with a set of 3 songs and end with 1.  I’m finally able to stand for most of them.   A few times I’ve been able to for all, but not every time.  Progress still.  Of course I pay for my standing, singing, and wish to be with others, but I’ll do it again because I want to that much.

I just restarted PreNatal Vitamins as a source of a once a day with extra in it.  There’s no baby on the way.  Just another alternative to feel as good as I can without those things we sometimes hope for elsewhere.