It’s been 9 months since my husbands 3rd heart attack. Our son Ozra released his first Album Make Better A priority late June. My paternal Grandma passed onto the next at 103 years of age. 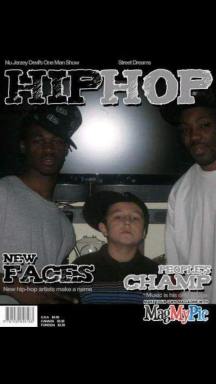 These 2 men featured Ozra known then as Lil Oz on their tracks. Reunited once more with Deus and David V. many years later for Make Better a Priority.

I found a physician who’d agree to review my medical records, WC, after 2 years without a provider. I met him 1 time. WC denied his request for 6 followups. He put in for me 6 with him and 6 psych also. I was approved for psych which will determine my need to see him (future medical). I met him in April. I haven’t been allowed (or covered for) to see him since.

I continue to do all I can for myself.  Holistic.

I may be high risk for a completed suicide as a result of uncontrolled physical pain. I know this. I have a solid plan in place if I can’t anymore again. This plan is for my beautiful family to support and implement on my behalf.

I haven’t felt that way, you know the one? No other way out? for 18 months now.

Sometimes now, when people are like I’m on this med and that one, and have back up for breakthrough because I have the “worse pain ever known to man”, In my head I’m like…

Do you have any idea what it takes to stay alive and have none of that? I’m taken as being better off.  I’m assumed to be able to handle what others cannot.

Anyone’s pain is the worse pain ever when it’s their own pain.

Of 4 suicide attempts I was held for being a danger to myself on the first and the last.

Additionally, I understand the physician is also controlled, need to care for their own lives, families and they deal with much burnout.

ALL FOR ONE AND ONE FOR ALL
Sou jornalista e tenho diabetes há 35 anos.

Learn about Goan and Indian Recipes

A daily selection of the best content published on WordPress, collected for you by humans who love to read.

The Logic of Rehab

We're not experts, but we can play one on the internet.

Lions can wear glasses too